The concept: trying to paint a level with blood or paint (nearly the same thing, only the color is different) in Unity 3D.

Decals are simple sprites, repeated and drawn on top of other objects. They are usually used for visual enhancements of a scene more than for gameplay purposes.

Here’s an example of a decal for paint.

Using an existing script probably made by a Dexter fan (download and demo here) I was able to spawn decals in my level to stick paint everywhere. 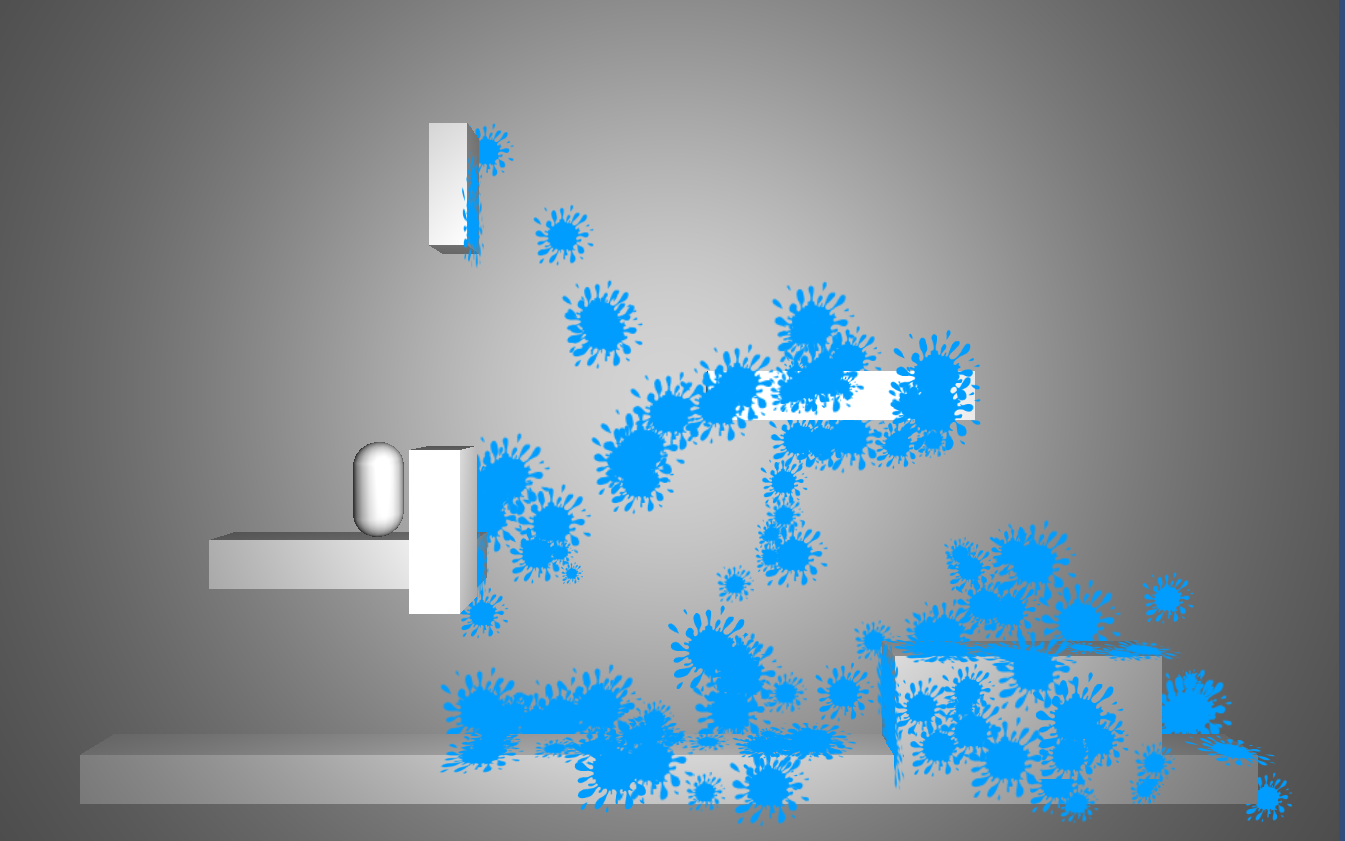 The splash algorithm from the original script linked above is quite smart. From a point in space it raycasts in random direction and print a decal when it hits something.

I added some debug features to visualize it. 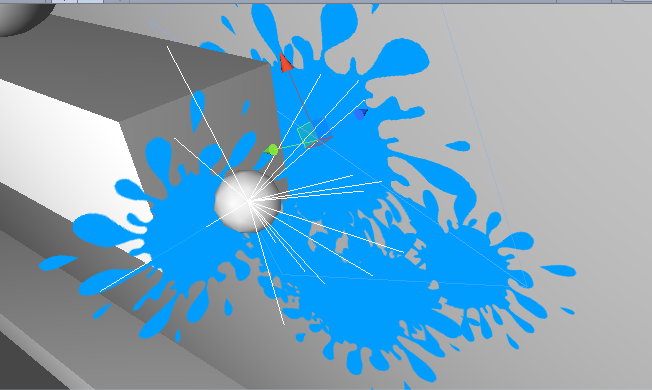 To have a proper display of decals, I used a community script called BlendedDecal. It removes all glitches due to “Z-fighting”.

The decals itself was:

Nothing else. The fun part is when you add a rigidbody, you can have physics splash.

And here’s the script I used for painting. I put it online because the original script was in JavaScript so it may helps someone to have it done in C#.

The hard way: painting the texture

Unity allow to directly change the colour of a pixel on a texture.

You just have to use the SetPixel(s) method.

It’s a bit slow, but if you batch your modification you can optimize the paint.

Drawing some random pixels is easy, so I thought it could be nice to use the previous decal as a model, a shape.

I also added a random roulette for dcals so it’s always the same that is used. Here’s what I got: 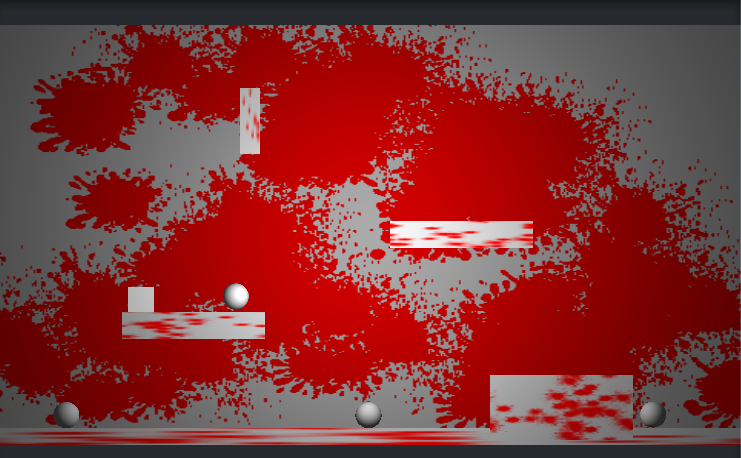 or the painting version, the same with a color change 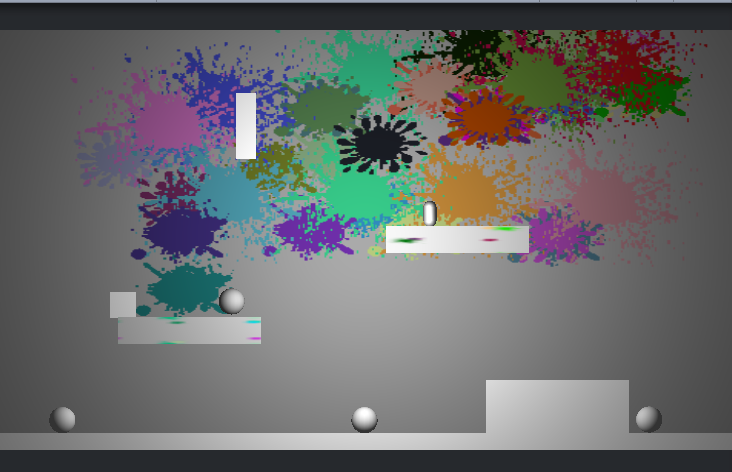 The wall behind is quite nice. But the painting on platforms clearly sucks. It’s all streched and small. I am not applying a ratio, so the texture is stretched but I’m doing as if it was not.

I mixed it with the previous splash algorithm so it’s raycasting everywhere to paint things.

I’m still working on it, I don’t know if I can solve the scale issue but I’ll see and update if I find a solution. Also, I saw some fluid decals but this seems like a preciously kept mystery for now.